The turtle module in Python is a very simple tool for creating various objects and animations. The idea behind this name is based on real life: a turtle can go forward, backward, right, or left, and when doing so it leaves a trail. It is possible to command a turtle to take up its tail, though no footprint will be visible. In fact, these two sentences explain how everything works here, so let’s see how far we can get.

This simple example below shows the creation of a purple turtle on the screen. There is no special code for its creation; it is a simple method of shape() which allows you to put different shapes (e.g. circle, triangle) instead of a simple arrow.

This is an example of a turtle race where we put two turtles on the screen, then command them to lift up their tails, and until they reach the border of the screen, they are going with a random distance one by one. 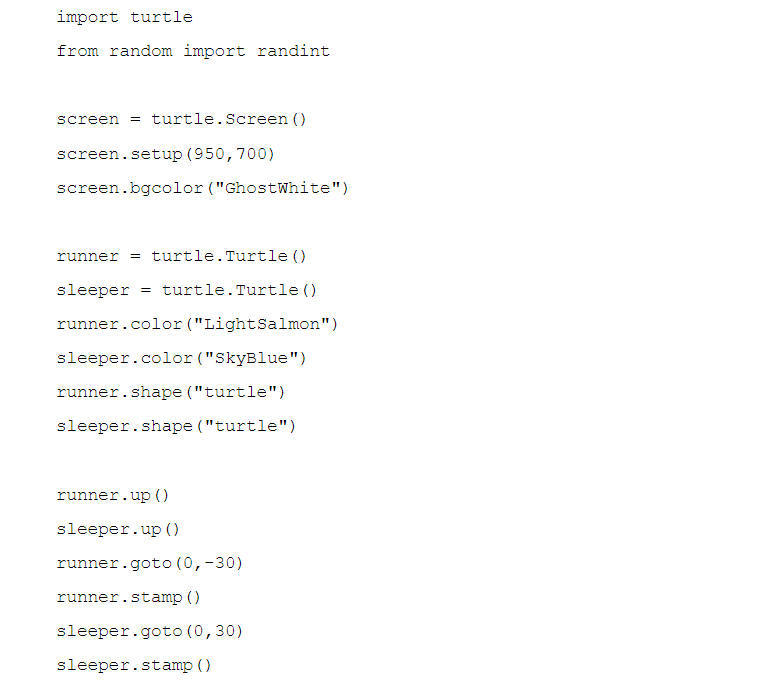 And the last example here is a kind of optical illusion, though it is a simple movement of the same shape on a hardcoded angle each time. 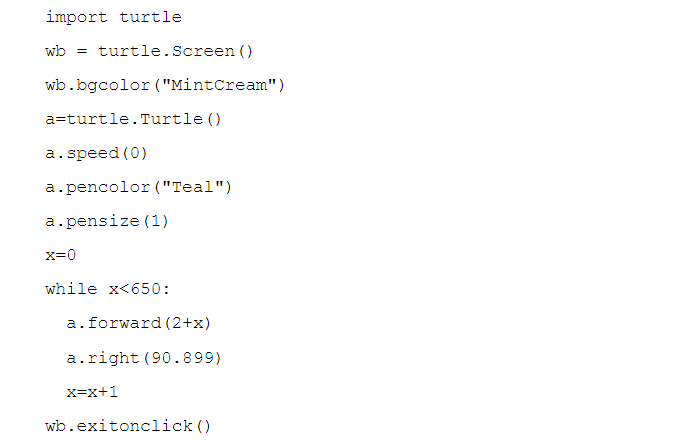 It is unlikely that you don’t like our sample presenting Python turtle graphics. If you are desperate to deal with your Python assignment, this guide will help you. Some students who study programming will find this Python turtle example a great tool in dealing with their homework quickly.

We know that sometimes students simply don’t have time to handle all of their tasks. Many customers from different parts of the world have already received our help and remain satisfied. We are popular among students, as we know how to help them directly and efficiently. Request do my computer science assignment help and forget about having trouble with your homework.